The opening of the Bank of Abkhazia Museum did not go unnoticed by the world numismatic community. The largest British numismatic magazine "Coin News Magazine" published an article dedicated to this event. The article describes in detail the tasks of the museum in collecting, storing, studying and exhibiting banknotes circulating on the territory of Abkhazia for 2500 years. The article is illustrated with photographs depicting the museum.

Moreover, the editors of the magazine published an article entitled "A day at the museum", which not only tells about the activities of the museum, but also provides a historical information about the history of Abkhazia and emphasizes that the country declared its independence from Georgia in 1999. The editor pays attention to the ancient history of Abkhazia, its ties with Byzantium and the Ottoman Empire, and how this was reflected in the monetary system of Abkhazia.

The editorial board of the magazine strongly recommends its readers to visit Abkhazia. And if now it may be difficult to implement due to the current restrictions, they advise starting with an online tour on the website of the Bank of Abkhazia Museum.

The “Coin News Magazine” belongs to an authoritative British publisher “Token Publishing”. It is published since 1983. The monthly circulation of the magazine is 8000 copies.

The photos of the magazine’s pages: 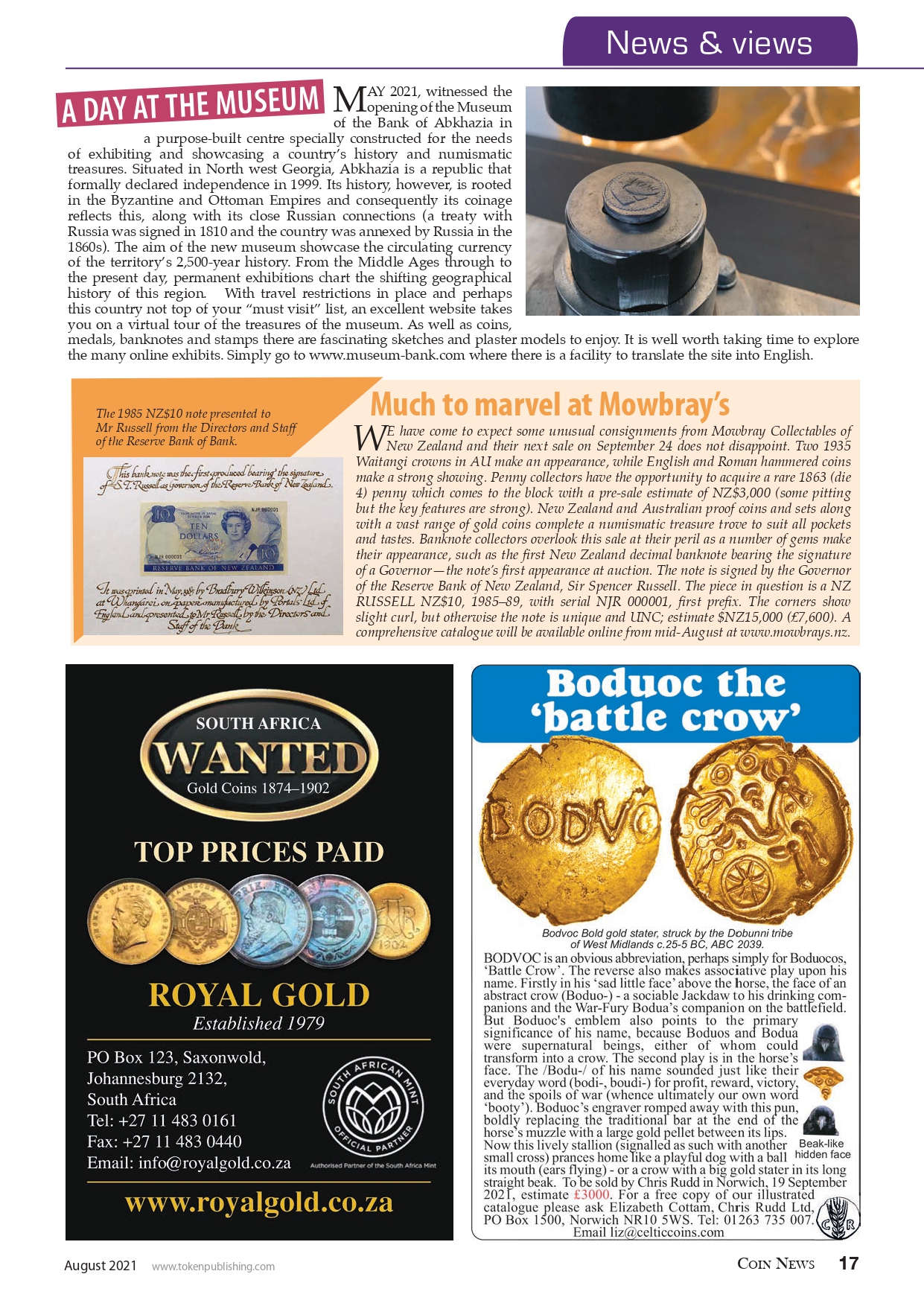 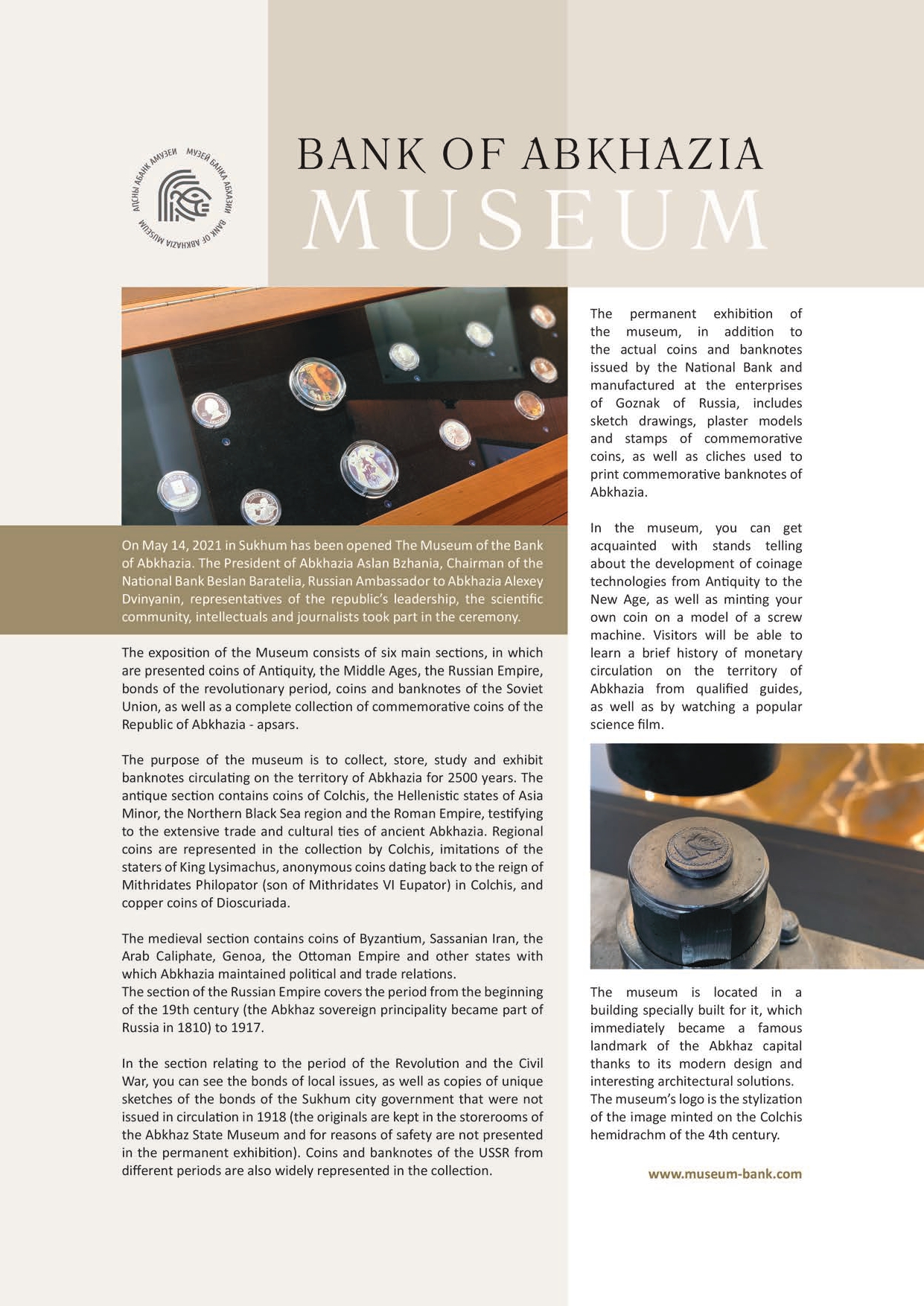