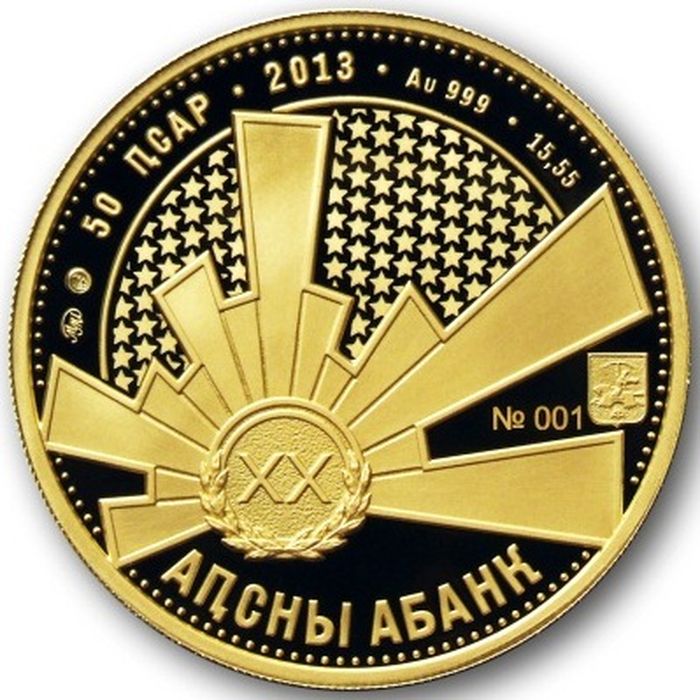 On the obverse side of all the abovementioned coins in the centre of the inside disc in the star field background there is a relief image of the official symbol of the 20th anniversary of the People of Abkhaiza Victory in the Patriotic War of 1992-1993. In the upper part of the outside disc there is the Mint trade mark, the coin denomination of 50 apsars, the year of issue, the indication of the metal according to D. I. Mendeleev Periodic System of Elements, the fineness and weight. On the right there is the Emblem of the Bank of Abkhaiza and the coin individual number; on the lower part of the coin, in the matted field - the inscription in the Abkhaz language «Аҧсны Абанк». A dotted framework is circled along the circumference 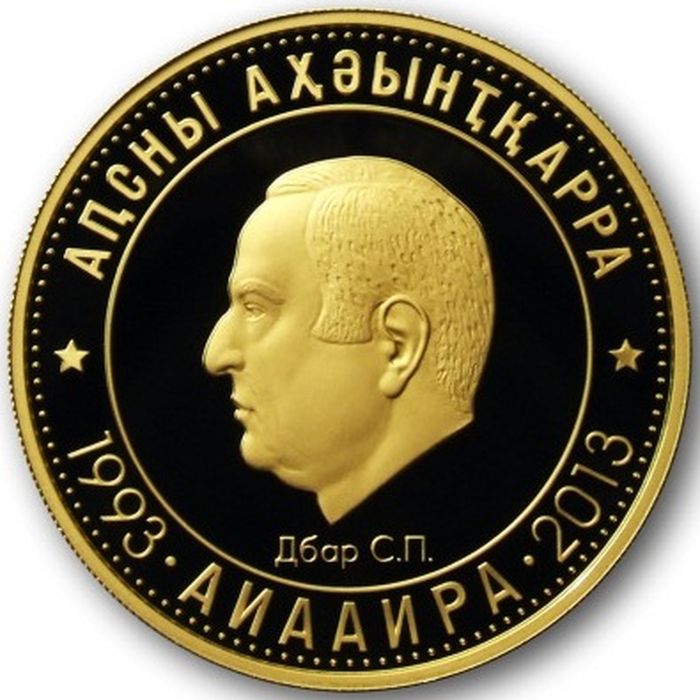 On the reverse side of the coin “Dbar S. P.” in the inside disc there is a profile portrait of Dbar S. P., Major-General, Chief of Headquarters of the Republic of Abkhazia Armed Forces in the period of the Patriotic War of the People of Abkhazia 1992-1993 and the inscription “Dbar S. P”. In the outside disc there are inscriptions in the Abkhaz language seperated by dots: in the upper part – “The Republic of Abkhazia”, in the lower part – the inscription “Victory” and the years “1993” and “2013”. A dotted framework is circled along the circumference.